A spotlight on our favorite drink 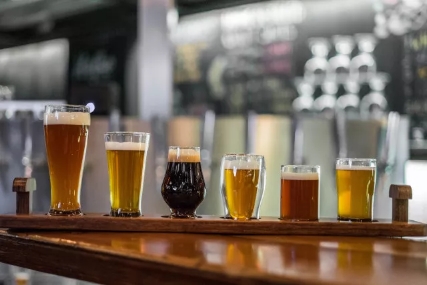 When visiting downtown Shanghai, enjoying craft beer at ZAPFLER is a great thing to do. Drink fresh craft beer & craft liquors paired with homemade food. Want a bit of help in deciding which beer to order? Here’s our top 10 of most ordered craft beers in ZAPFLER Shanghai.

This insanely popular beer is a limited edition and still made the top 10! ZAPFLER’s fan favorite. It would be a real competitor for the #1 position if the Floezlinger would be available year-round.

This malty Bavarian beer is traditionally brewed from autumn to spring.

Brewed with Belgian malts, hops and yeast. This dark coloured beer is aged 12 months before putting it on tap.

The Smoked Lager is a well-aged beer that is brewed with smoked wood.

Cider is an alcoholic drink made from fermented crushed fruits. This can be apples, pears, plums or other fruits.

While typically brewed in Cologne in Germany, Zapfler brews this light Ale too. A limited edition as this beer is brewed with fresh yeast.

The most popular beer at Zapfler is the Wheat beer. This light beer from the Southern part of Germany where it is called Hefeweizen.

These are our 10 most ordered craft beers. Check the whole menu here.